Mastitis is a disease when the mammary glands become inflamed. Most often cows on large farms with machine milking suffer from it. Domestic animals suffer from it much less frequently. Females with specific anatomical particularities are also prone to the disease. The risk group often includes cows with an elongated or round udder, funnel-shaped teats, and a certain percentage of Red Steppe and Simmental breed. In addition to these factors, the incidence is affected by: conditions of living, seasons of the year, immunity, food, milk yield and age. 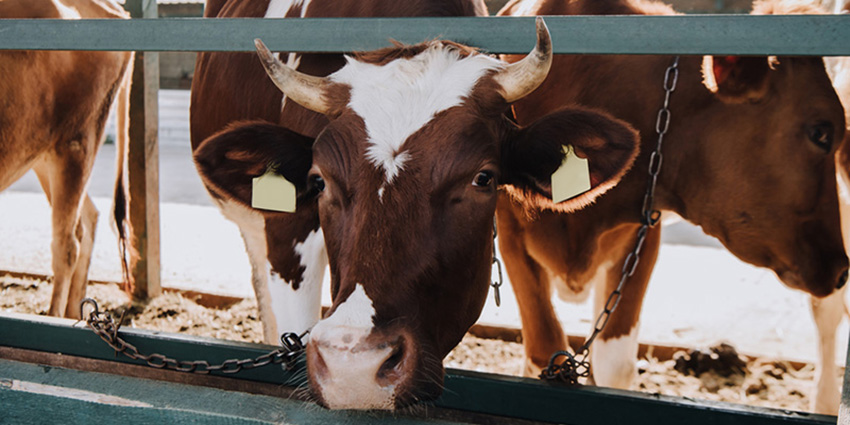 Forms and types of mastitis

Types are divided into: 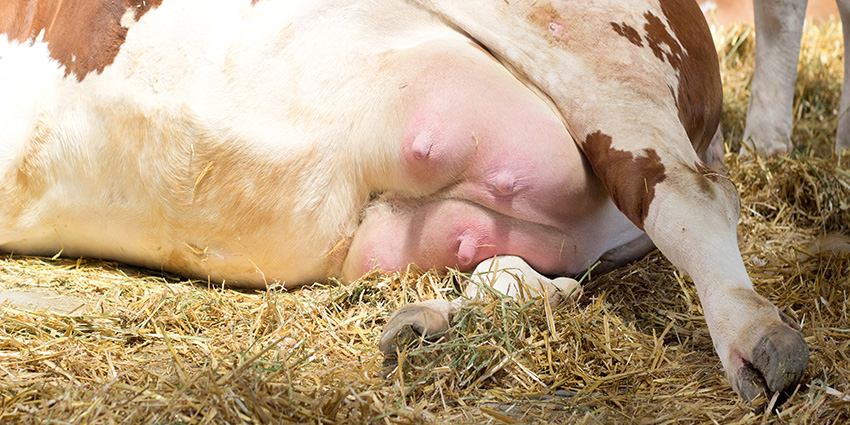 Also, the disease is distinguished by its place - the anterior and posterior lobes, stages and severity - chronic, protracted, acute. To identify mastitis, a professional clinical examination is carried out, a milk test is made for the content of chlorine ions.

Causes of the disease

Mastitis in cows can develop by thermal, mechanical and chemical damage to the teats or udder. Most often this happens in an industrial environment, due to the specific design of the milking equipment and its poor use. Mastitis can also occur due to poor living conditions, violations of sanitary standards, cold and drafts in the barn. Microcracks, bruises, and wounds on the surface of the skin can also trigger mastitis. Through the teat canal, bacteria quickly penetrate the chest, multiply and the disease can be easy observed. Associated viruses and fungi and low immunity contribute to the complication of mastitis.

Poor food quality can serve as a similar reason. During food poisoning, the infection enters the cow through the gastrointestinal tract, into the lymph and blood. So the toxins are transferred to all organs, and the mammary gland becomes inflamed. Also, a cow can get mastitis with a quick and drastic change in scheme and food. Often when changing from fresh to dry feeds and vice versa. A sudden decline or cessation of milking after a high number of milkings also leads to illness. Pay also attention to cleanliness. Through the usual dirty bedding, infections can be transmitted to the teats from the uterine purulent discharge.

Symptoms and signs of the disease 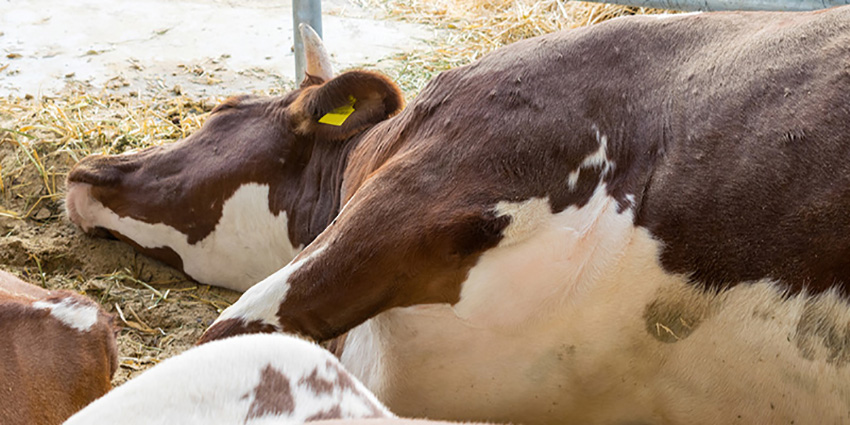 At first, the appearance of milk does not change, but with the course of the disease, it becomes more mucous, watery, and even bluish. Further, clots and flakes begin to get into it. The subclinical types of the disease are determined by the milk test. In its composition, acidity, lactose and casein decrease, but the number of leukocytes and chlorides increases.

Treatment of mastitis in cows

The disease often occurs after calving. A pregnant female may become ill due to various complications or improper milk yield. That is why livestock owners should be more careful and at the first sign of disease to immediately begin treatment. During this period, the disease develops rather quickly, which means that it can lead to the sudden death of the animal if nothing is done.

Having discovered and diagnosed mastitis, the cows are put on exclusively dry feed, get isolated from the herd and get reduced daily water intake. Milk collected from the damaged udder must be manually put in a separate container, after which it is poured out and the containers get sterilized. The udder of a sick animal should be washed up to 5 times daily. It is forbidden to heat the udder, this contributes to the intensive reproduction of bacteria, and as a result of which mastitis progresses. 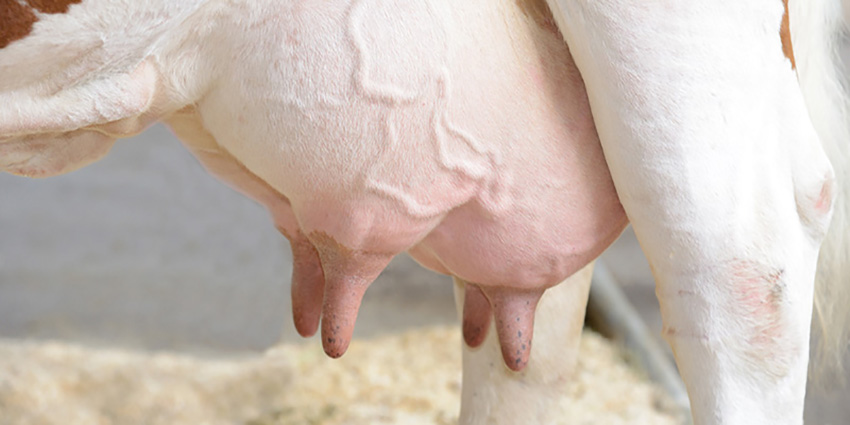 After all the above-mentioned measures, more serious help should be started. So, our company has developed the most modern and effective product for the treatment of mastitis in cows today. The company offers advanced veterinary product Antimast for intracisternal administration. This product has a direct antibacterial effect, relieves inflammation in a day, regenerates affected tissues and eliminates the causes of allergization of the glands themselves.

Our product has the following advantages: 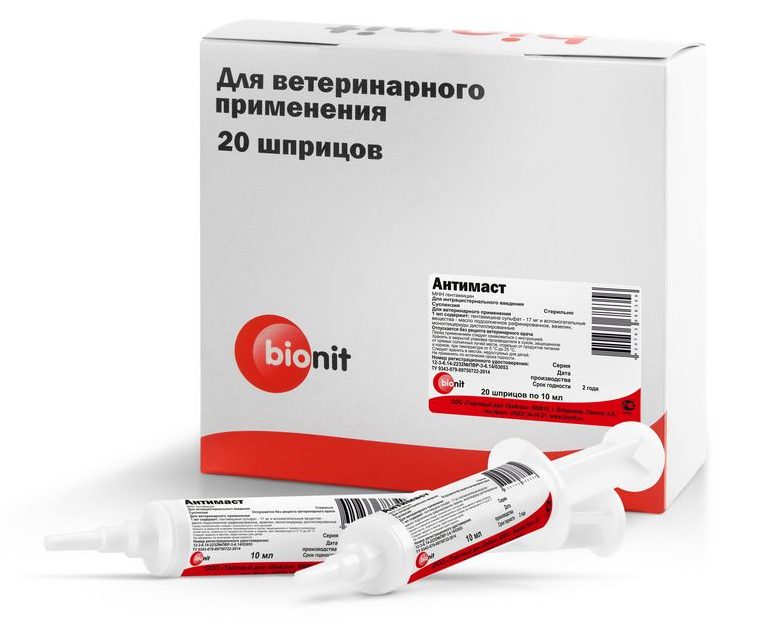 According to the results of clinical tests, the effective and safe use of the Antimast has been proven.

Seasonal prevention of mastitis in cows

To prevent the disease, preventive measures are also important, such as: 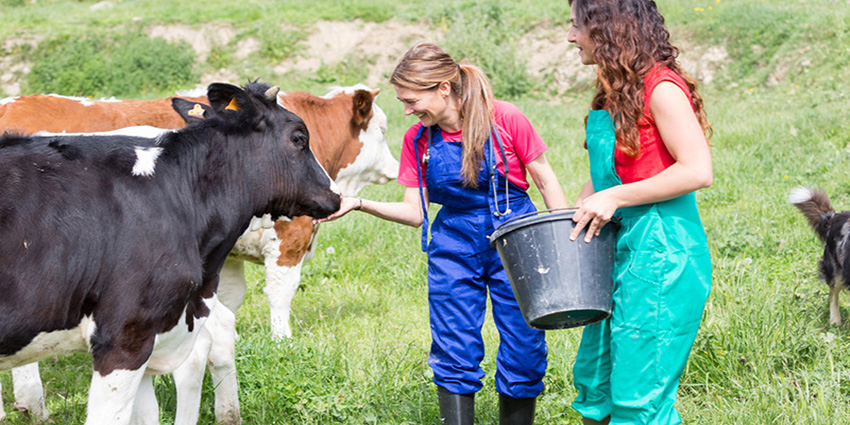 In order to prevent mastitis it is important to take preventive measures: regularly wash the udder of healthy animals, apply emollient ointments on the teats before and after milking in order to prevent cracks and dryness. Good care for the cows, timely identified disease and quick response to it will allow you to avoid mastitis in the early stages, as well as to avoid unpleasant consequences.

Do you want to buy Antimast? Send us a request: